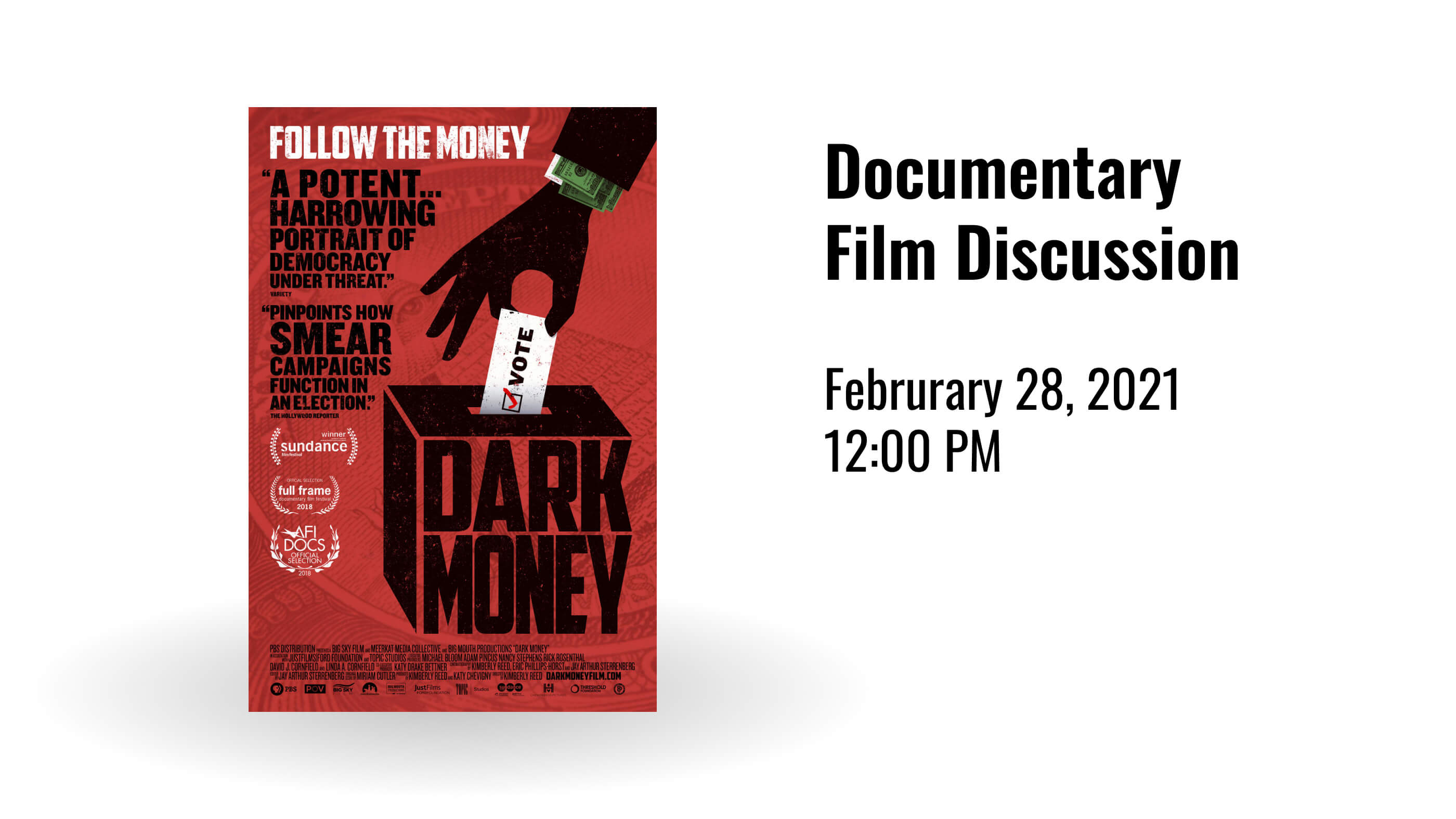 Join Meaningful Movies at First Church on Sunday, February 28 at 12pm PT for a discussion of the film documentary Dark Money, "a political thriller, examines one of the greatest present threats to American democracy: the influence of untraceable corporate money on our elections and elected officials." Make sure to watch the film before the discussion. This event will also feature speaker Cindy Black, the Executive Director of Fix Democracy First.

Watch Dark Money BEFORE THE EVENT - Using one of these options:

Via Amazon Prime, or free with a 7-day free trial of PBS Documentaries, or access the film via Kanopy, a service offered by the Seattle Public Library.