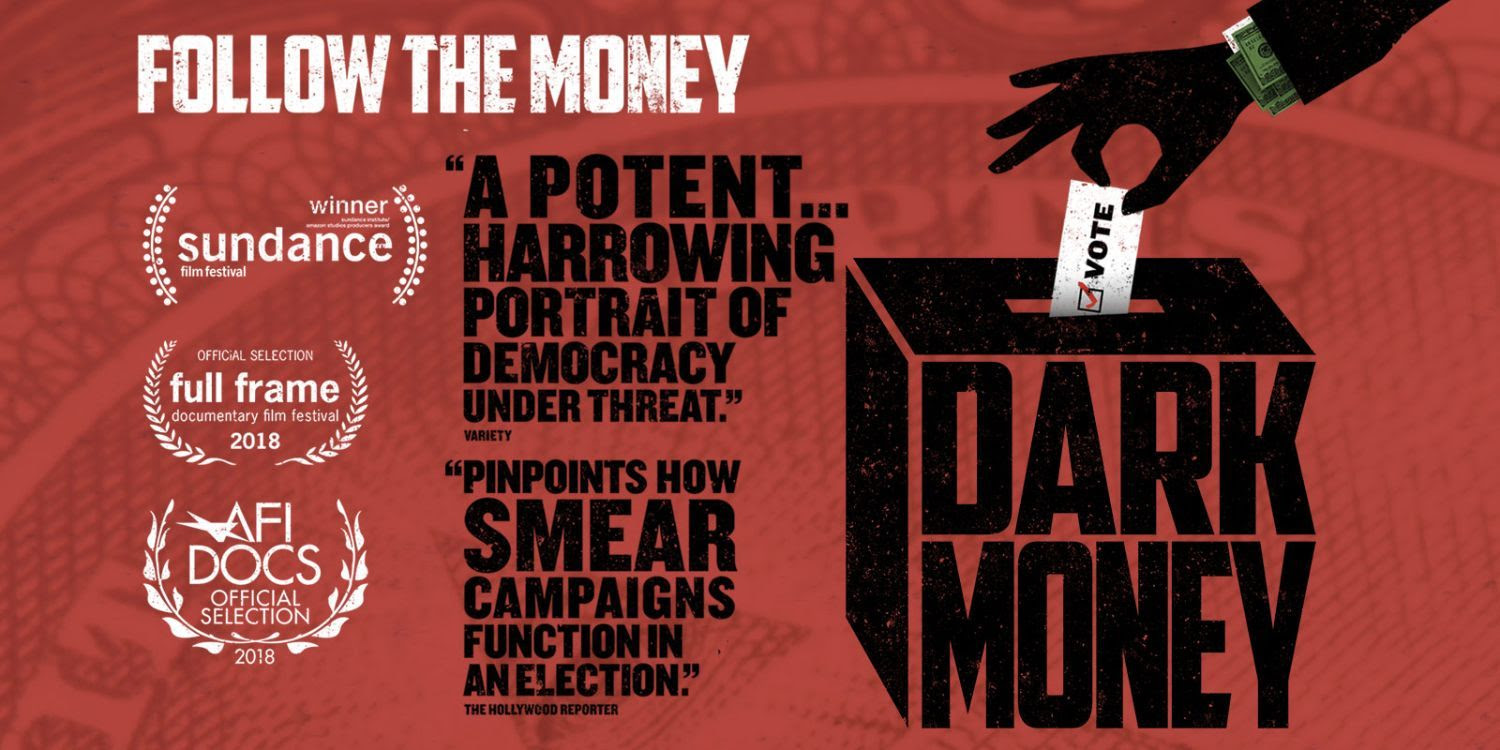 Join us for a special online screening and discussion of Dark Money on Friday, November 4th @ 6:30 pm PT.

Register to get the Zoom link to attend: HERE

We are pleased to present an online screening of the political thriller Dark Money. This event is a collaboration with POV, the award-winning independent non-fiction film series on PBS www.pbs.org/pov.

The film takes viewers to Montana and analyzes the influence of corporate money on government officials and elections. Dark money, directed by Kimberly Reed, follows John S. Adams of the Montana Free Press, who plays a crucial role as an investigative reporter that has been “chasing the money” and investigating state politics for several years.

The story describes how the 2010 ruling of Citizens United v. FEC, a vital supreme court decision regarding finance laws, has impacted corporate interests in the political scene of Butte, Montana, and is now a rising source of national concern. As Montana’s former attorney general, Steve Bullock, tries to stop the supreme court rule and the spread of dark money from being applied in the state, the people of Montana find themselves at the forefront of the fight.

Please join us online on November 4th at 6:30 PM PST for this special screening of the film followed by a community discussion with guest speaker Cindy Black, executive director of Fix Democracy First.

Topic: Share your favorite democracy themed book or documentary. Join us from 5-6:30pm PT for a weekly discussion about our democracy.