What is Fix Democracy First?

Fix Democracy First (FDF) is a 501(c)(4) advocacy organization focused on achieving fair elections and government policies that reflect the will of the people, not the power of money.

We advocate on these issues by testifying on behalf of our members and supporters, as well as through public events and workshops.

Fix Democracy First Education Fund (FDFEF) is a 501(c)(3) organization that focuses on voter education, voter registration, outreach, and expanding civic participation across Washington state and beyond. We are dedicated to informing and educating the public about voting and democracy issues to increase civic engagement and participation. 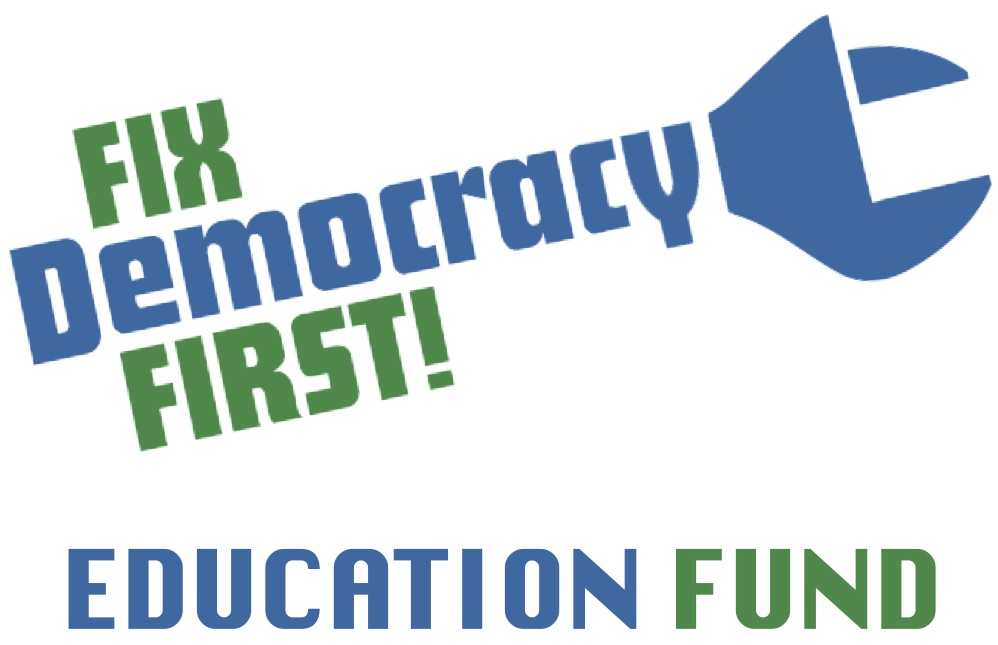 YO VOTE! is project of FDFEF and with a mission dedicated to empowering youth to become civically involved in their local communities. Participants in YO VOTE! build leadership skills and grow into lifelong voters and civic participants committed to expanding inclusiveness, equity, justice, and fairness in democracy and increasing knowledge and awareness of local, state, and national issues.

The program focuses on empowering middle-school, high-school and college students, through a variety of outreach channels, including schools, teachers, parents, community groups, social media, etc. YO VOTE! provides up-to-date information, training, mentoring, and resources to youth to help them become voting and democracy organizers and lifelong voters and civic leaders in their communities. 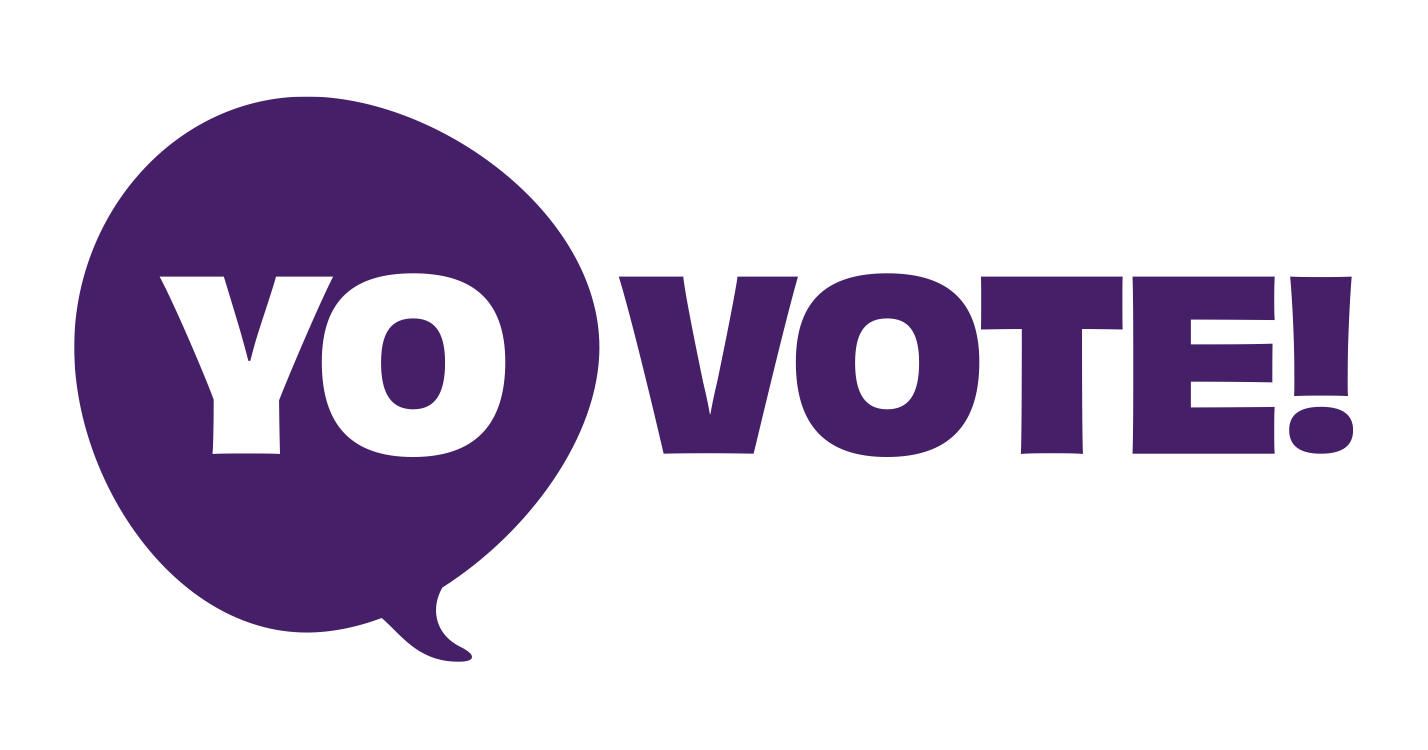 WON (Women in Office Now), a new project of Fix Democracy First Education Fund, is a statewide program that will consist of several training modules to help enable women to successfully run for office in Washington state. The training sessions will include live events, which will be recorded and archived for viewing on demand by women who are considering or planning to run for office. The program will feature special guests, including current and former legislators and experts in the topics of discussion, as well as providing resources on a variety of campaign topics.

WON, in collaboration with other organizations, will also work to help build a statewide leadership support network to help women as they run for office to ensure success, as well as long-term sustainability to recruit, train and support women in office. 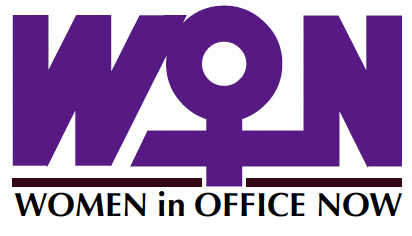 Since 2017, we helped pass 23 bills that strengthen our democracy, registered over 6,000 new voters, and we're still going.

In 2001, a group of concerned citizens took up the cause begun in the 1990’s by the Washington Council for Fair Elections (WCFE). WCFE’s attempts to repeal the ban on public funding of “local” campaigns included in the 1992 “campaign finance reform” Initiative 134 and to create a system to publicly fund campaigns fell short and national funding collapsed in the late 90’s. WCFE’s successor, Washington Working Group for Campaign Finance Reform, followed up with organizing grassroots activists. The executive director, Catherine Carter, and volunteers created a database and clean elections materials to promote public funding of elections. They incorporated in the State of Washington on April 30, 2003 as Washington Public Campaigns (WPC) and applied to the IRS for recognition as a 501(c)(4) organization. Washington Public Campaigns Education Fund (WPCEF), was incorporated and recognized as a tax-exempt 501(c)(3) organization in 2007.

WPC began lobbying the legislature for “clean elections” bills as momentum for public funding of campaigns grew. In addition to bills to repeal the campaign funding ban, WPC worked with legislators to file bills to fund judicial campaigns and State executive and legislative campaigns. The ban on campaign funding was finally lifted in 2008.

With the leadership of Craig Salins as Executive Director beginning in 2005, the connections to allied organizations expanded and a plan and budget for organizing chapters by legislative district increased the number of individuals involved in the organization. The database grew to several thousand with volunteers collecting petition signatures, tabling and holding public events. The first awards banquet was held in 2007 and became an Important annual fundraiser and means of recognizing champions of democracy. (See award recipients 2007-19 listed below)

WPC turned its attention in 2010 to the U.S. Supreme Court’s Citizens United vs. FEC decision. As campaign finance reforms were discarded and contributions to campaigns from wealthy individuals and corporations soared, the damage to democracy became more and more evident. WPC began working with groups to pass local resolutions supporting a 28th Amendment to the U.S. Constitution to overturn Citizens United. In January 2012 on the second anniversary of the decision, WPC collaborated with the Occupy movement to hold a major anti-corporate rally and created GMOP, a coalition focused on Getting Money Out of Politics. WPC joined the State Legislative Resolution Planning Committee (SLRPC) and took on the effort to lobby the legislature to adopt a Resolution to Congress. This was also a time when national Move to Amend was organizing affiliates around the state to advocate for a 28th amendment clarifying “Money is not Speech and Corporations are not People”.

In August 2012, the WPC was shocked and saddened when Craig Salins suddenly died of a heart attack. Alice Woldt, a board member who had recently retired agreed to step up to keep the organization moving forward on campaign finance reform and overturning Citizens United.

WPC became a coalition partner of Washington Coalition to Amend the Constitution (WAmend) in 2013. Bylaws were adopted in July and planning for an initiative campaign for the 2014 ballot began.

After the successful reversal of the law prohibiting public funding of campaigns, WPC worked to pass Fair Elections Seattle (FES), a proposal for a system of public financing for Seattle campaigns adopted by the Seattle Ethics and Elections Committee and City Council for the 2013 fall ballot. Prop 1 lost by only 1400 votes, but paved the way for a successful Initiative 122 in 2015 that created the Seattle Democracy Voucher Program, a citywide public funding system that gives all Seattle legal residents $100 in vouchers to give to eligible participating candidates in Seattle City mayoral, city council, and city attorney races.

As a member of the WAmend steering committee, Fix Democracy First worked to support Initiative 1329, the first attempt to pass a statewide initiative calling for a 28th Amendment. With only a few months for volunteers to collect signatures, the campaign came up a bit short with 175,000 of the 247,000 required to get on the ballot in 2014. WAmend changed its strategy and began planning for an initiative to the legislature which allowed it an additional six months to collect signatures.

In 2015, through fundraising and other efforts, Fix Democracy First for I-735 brought in over 40,000 signatures to add to the 290,000 signatures gathered by WAmend volunteers to get Initiative 735 on the ballot. I-735 called on our Congressional delegation to pass legislation for a U.S. Constitutional amendment to reverse decisions like Citizens United. The initiative was ultimately successful, passing in 2016 with 62.8% approval statewide, and in all ten congressional districts. Cindy Black led the successful campaign as campaign manager for WAmend. She replaced Alice Woldt as FDF Executive Director after Alice’s retirement in July, 2016.

In 2016, FDF supported Initiative 1464, a statewide effort to create a system of publicly funding campaigns proposed by the national organization Represent Us and loosely based upon Honest Elections Seattle’s voucher system. The initiative was unsuccessful.

In early 2017, following the victory of passing I-735, Fix Democracy First and WAmend decided to join forces in order to continue and strengthen the work needed for democracy reforms.

Later that year a, FDF adopted FairVote Washington as a project to focus on alternative voting systems, Ranked Choice Voting and Proportional Representation for Washington State. FairVote WA became their own 501(c)(4) in late 2018, and we will continue to support their efforts for RCV in WA State either through the legislature or the ballot.

We also began to expand our Voter Outreach & Civic Education efforts as ongoing projects of Fix Democracy First Education Fund. We sponsored voter registration and information booths at over a dozen festivals, registering over 3,000 people and engaging with hundreds of thousands of WA residents. FDEF also sponsored and helped lead over a hundred educational forums in various parts of the state on issues such as voting, campaign finance, ranked choice voting, redistricting, election security, fair courts, and other information about democracy, voting and elections.

In the fall of 2018, FDF began working with Free Speech for People to develop an ordinance for the City of Seattle that would limit super PACs and ban foreign-influenced corporations from donating to Seattle elections. FDF brought the ordinance to Seattle City Councilmember Lorena González who decided she would sponsor and champion the bill.

Then in the summer of 2019, the Seattle Clean Campaigns Act, was formally introduced by CM Lorena González which included the following for city elections:

*The piece of the act that limits contributions to $5000 in an election cycle to “independent expenditure” political committees, thereby ending super PACs in city elections, is still alive and hoping to see it pass in the summer of 2020

In 2020, FDF worked with the WA Voting Justice Coalition to pass the youth VOTE Act that expands voting in primaries to 17-year-olds if they will be 18 and eligible to vote in the general election, as well as opens up voting centers on all four-year college campuses throughout the State of Washington.

We worked on and helped educate the public for a Seattle ordinance, which passed in January 2020 that now:

Due to the COVID-19 Pandemic, we switched our events and outreach to be entirely virtual, which proved to be highly successful. We have sponsored numerous virtual events to inform and engage the public on a variety of voting, election and democracy issues, including: 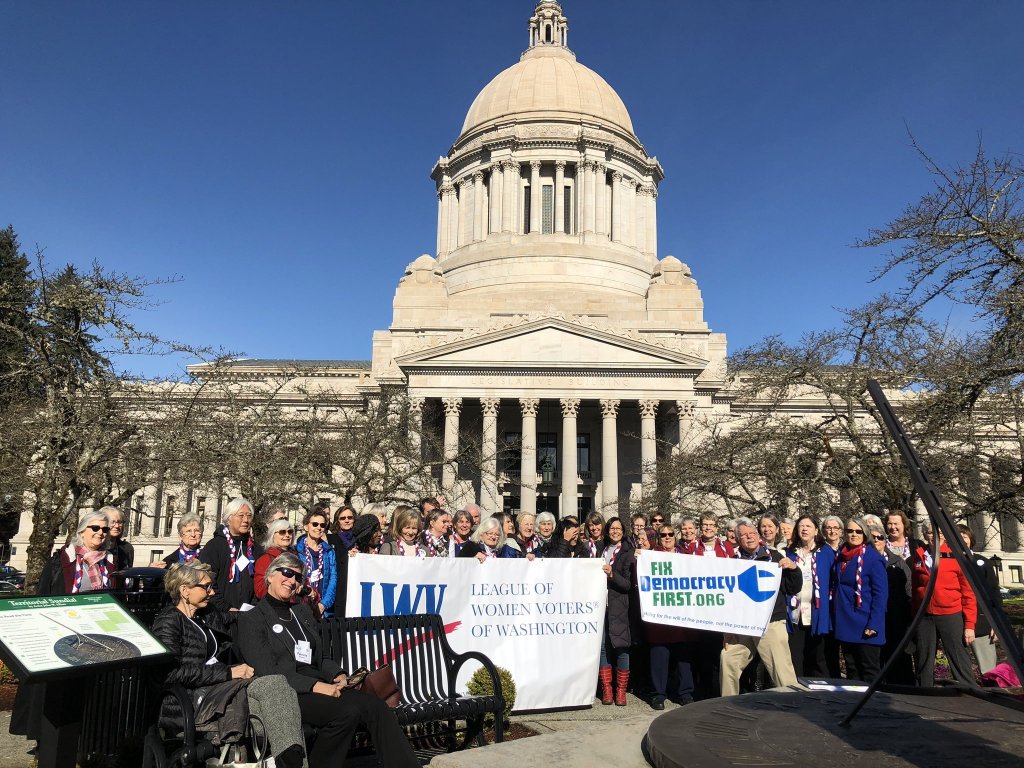 Small but mighty, learn more about the Staff and Board members that are working to achieve fair elections and government policies that reflect the will of the people and not the power of money.