Democracy Through the Looking Glass 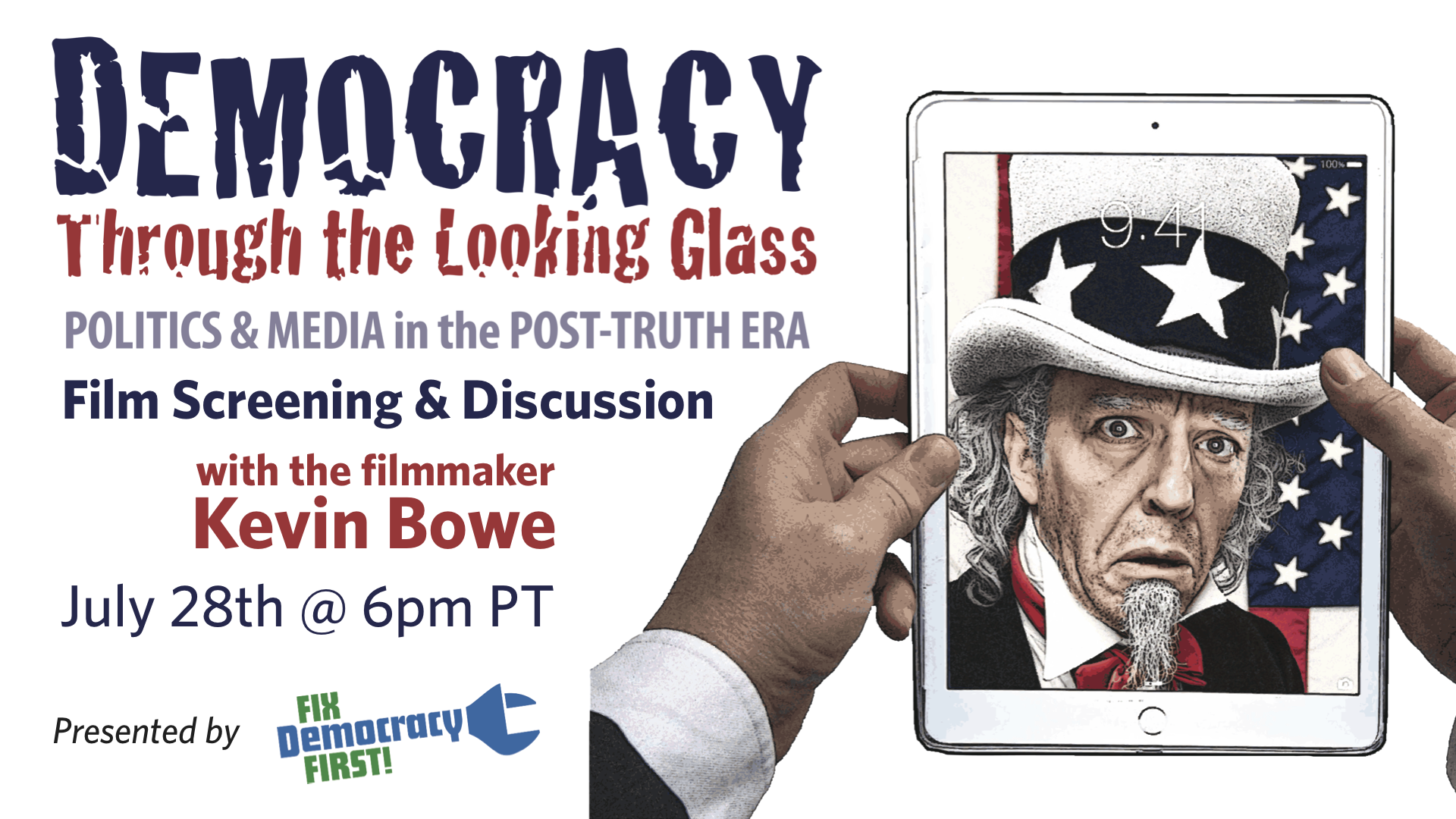 Join Fix Democracy First for a screening & discussion on democracy and the media with Democracy Through the Looking Glass: Politics & Media in the Post-Truth Era.

‍
This film addresses the universal problems about media and politics that frustrate people from all ideological viewpoints. “Democracy Through the Looking Glass” covers the national conversation around the 2016 presidential election, rather than focusing on the daily sound bites or sniping between campaigns. The documentary explores the evolution of traditional media models and their coverage of the run-up to the election. It also covers the very profound impact technology had in uniting and amplifying previously silent segments of society that dominated political discourse during the campaign. Includes interviews of Bob Schieffer, Harvard's Larry Lessig and Nicco Mele, Boston Globe Editor Brian McGrory, NPR/Atlantic commentary Jack Beatty, Virginia Sapiro and more.

Watch the film's trailer below:

Topic: Democracy & Climate Reform. Join us from 5-6:30pm PT for a weekly discussion about our democracy.

Topic: Local Reforms' Impact on National Policy. Join us from 5-6:30pm PT for a weekly discussion about our democracy.

Topic: Court Cases Impacting Democracy. Join us from 5-6:30pm PT for a weekly discussion about our democracy.