Equity in Democracy: Why This Moment Calls for PR 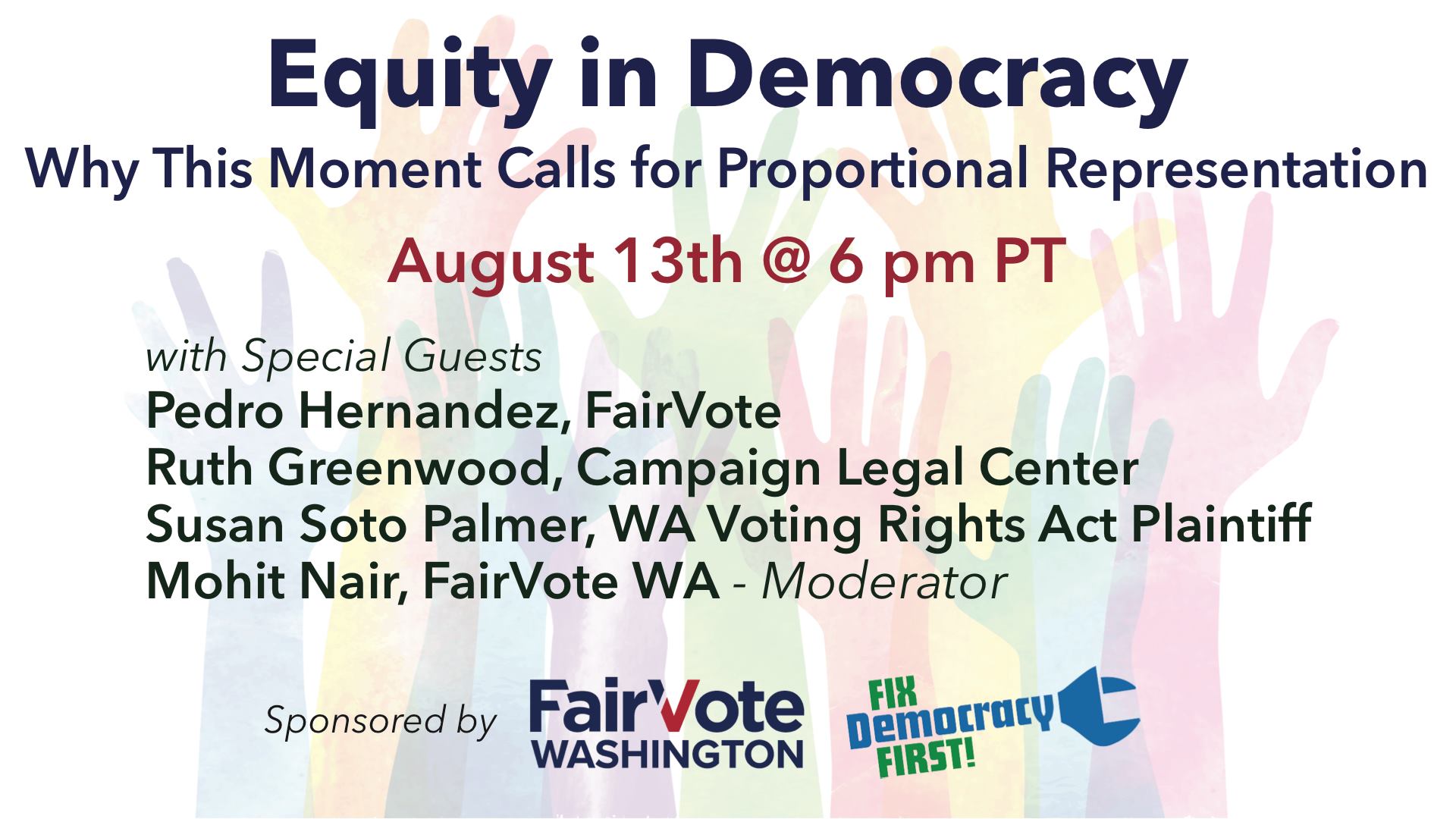 At a time when people are calling for meaningful reforms to policing and political institutions, engaged people everywhere are calling for systemic change to address entrenched problems in our democracy. From calls to reimagine policing to reforming the way in which we elect our representatives, it is clear that people are fed up with the status quo. Our laws and institutions have prevented meaningful representation in elected bodies, and left many feeling voiceless.

In Yakima County, even though 48% of the electorate is Latinx, the county has only ever elected one Latinx commissioner to the 3-person county commission. The winner-take-all voting system has diluted the voting power of historically silenced and underrepresented communities for decades, making it virtually impossible for communities of color to elect candidates of their choosing. Did you know that proportional representation using ranked-choice voting (RCV) can help achieve equitable representation for historically marginalized and underrepresented communities? In this engaging webinar, you'll get to ask questions and hear first-hand from a panel of nationally-renowned lawyers, community activists, and policy experts who have been involved in the grassroots movement to bring proportional representation using RCV in communities all over the country.