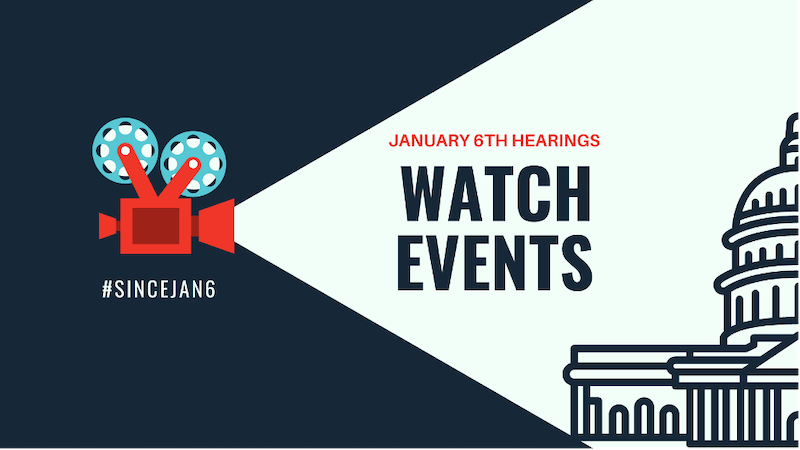 (Time tentative based on Commission schedule)

Let's join together to watch the first January 6th Commission hearing. We'll have time for questions and discussion following the hearing.

It’s been more than a year since armed, right-wing militants attacked our Capitol and tried to overturn the results of the 2020 election.

The attacks continue. More than one year later, the same faction that attacked our country on January 6th is hard at work silencing our voices by restricting our freedom to vote, sabotaging fair voting districts, and quietly preparing future attempts to undermine free and fair elections.

During these hearings, Americans will witness testimony of those involved in the attack on our democracy.

The promise of democracy is not a partisan issue but a calling that unites us as Americans. To prevent an attack from happening again, Americans must witness the hearings set to expose the complex planning intended to undermine our votes, led by former President Trump and his loyalists.

By coming together for watch events, we can prevent another January 6th attack and realize the promise of democracy for all of us––no matter our color, zip code, or income.

*Please note the time is approximate and may be subject to change based on hearing schedule.