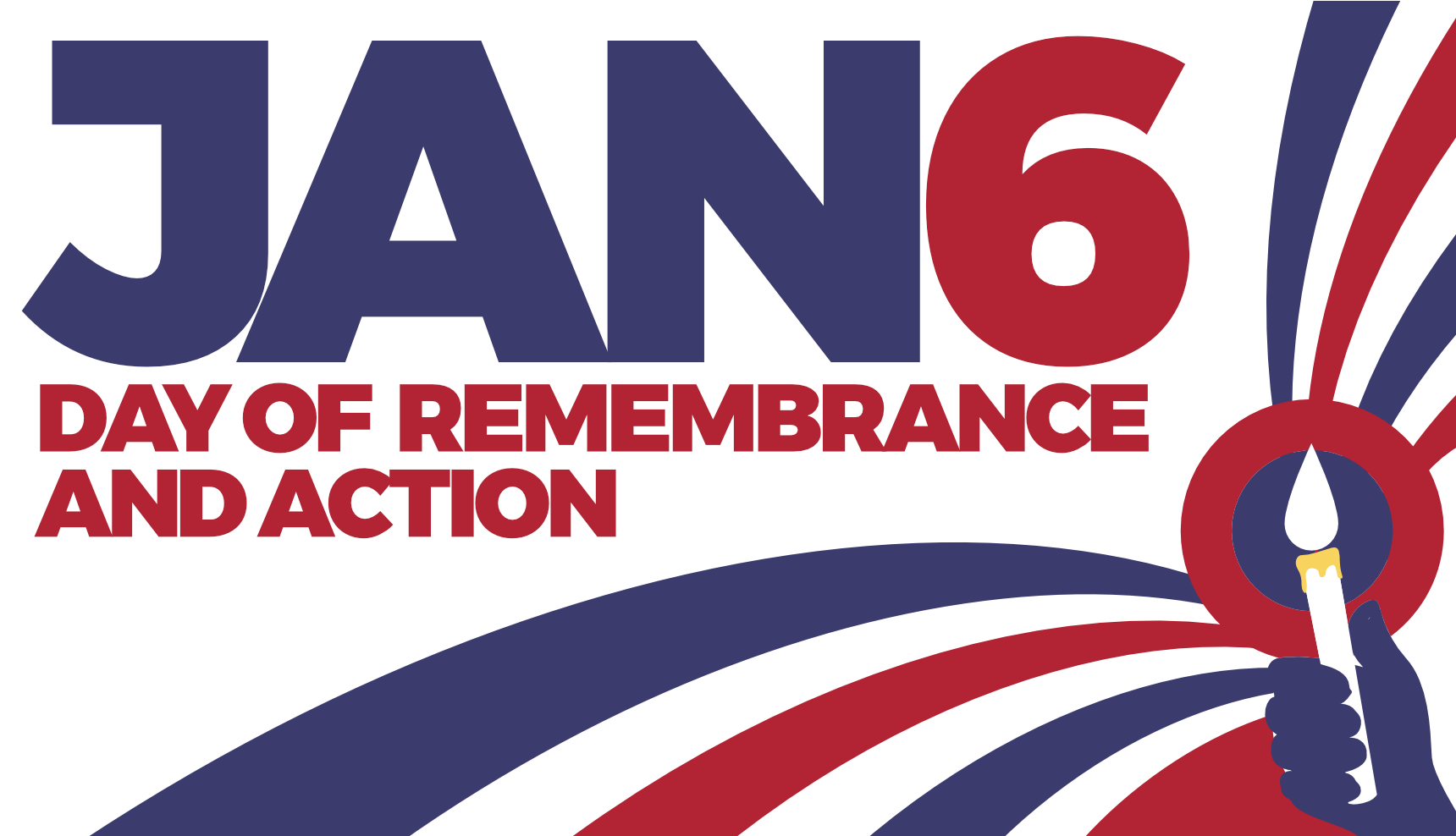 This is a virtual event and all are welcome regardless of where you live.

We'll hear from special guest speakers and discuss actions we can take to prevent another January 6th insurrection from taking place in our country.

January 6 was a violent and deadly attack against all Americans – against our country, our democracy, and our freedom as voters to choose the leaders that represent us so that we have a government of, by, and for the people.

One year later, the same faction that attacked our country on January 6th is hard at work silencing our voices by restricting our freedom to vote, attacking fair voting districts, and quietly preparing future attempts to sabotage free and fair elections and with it our democracy.

So this January 6, exactly one year later, Americans across race, place, party, and background are holding candlelight vigils to say: In America, the voters decide the outcome of elections.

The promise of democracy is not a partisan issue but a calling that unites us as Americans. To prevent this kind of attack from happening again, our elected leaders must pass urgent legislation that will protect this country from anti-democratic forces who are continuing their efforts to destroy it.

Coming together, we can prevent another January 6th attack and realize the promise of democracy for all of us - no matter our color, zip code, or income - so we all have an equal say in the decisions that shape our daily lives and futures.