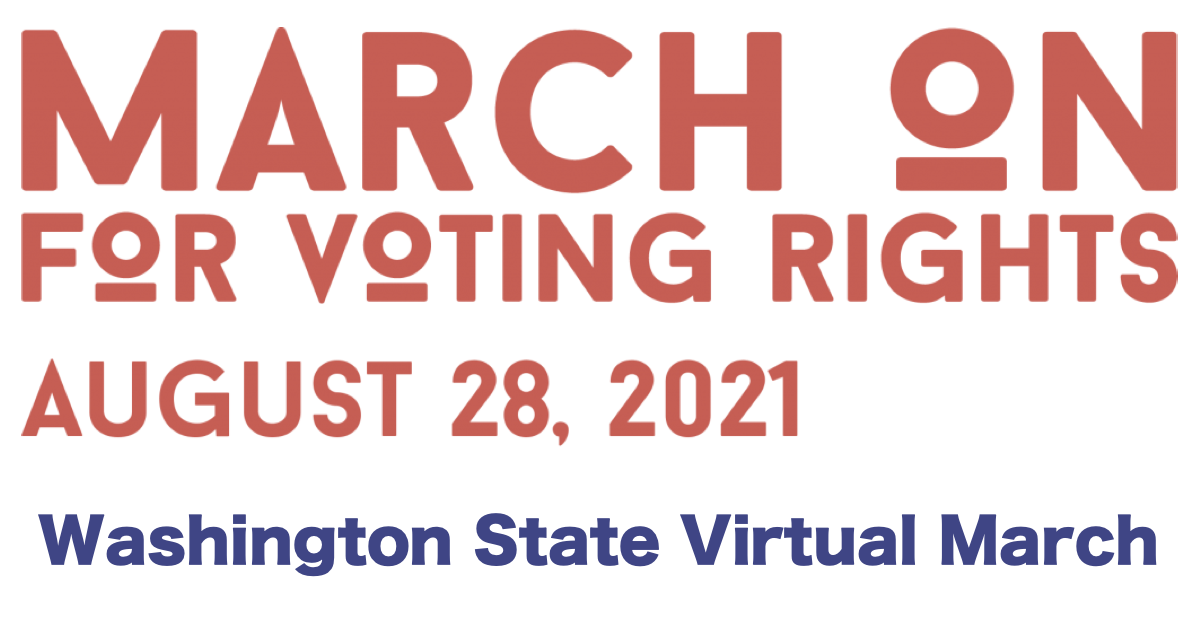 Since January, 48 states have introduced 389 bills that amount to shameful, outright voter suppression, and many have already become law. These laws suppress voting methods that enrich our democracy and lead to high turnout: banning ballot drop boxes and mail-in voting, reducing early voting days and hours, restricting who can get a mail-in ballot, prohibiting officials from promoting the use of of mail-in ballots even when voters qualify, even criminalizing the distribution of water to voters waiting in the long lines these laws create.

Racist, anti-democratic voter suppression laws amount to rigging the game. But in America, elections are not a game—and lives depend on their outcomes.

That’s why, on August 28, 2021, Washington state is joining Washington D.C., Atlanta, Miami, Houston, Phoenix and other cities across America to March On For Voting Rights!