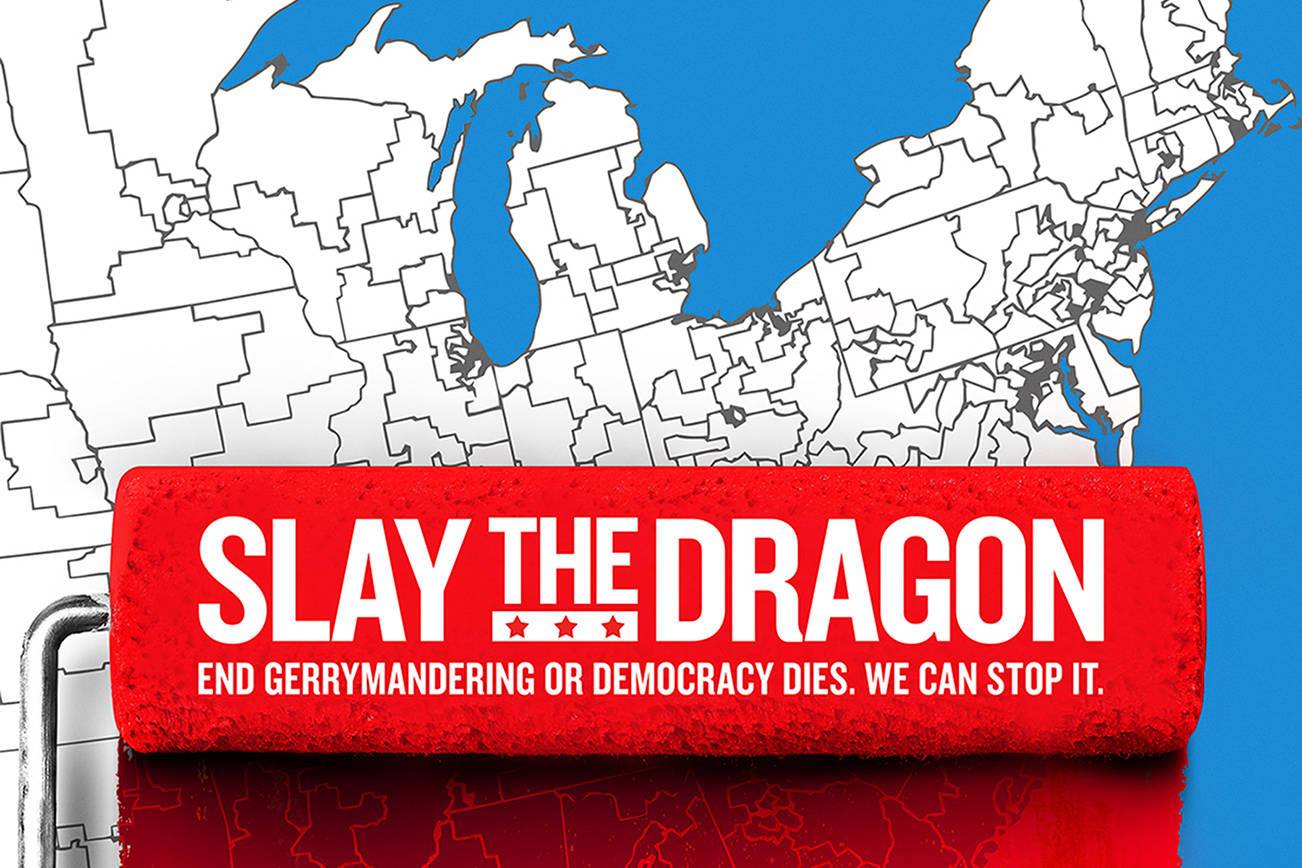 BACK BY POPULAR DEMAND! We had so many requests to show this film again, we couldn't say no, so on June 30th @ 6 pm PT join Fix Democracy First, FairVote Washington and the League of Women Voters of WA for an SECOND online film screening and panel discussion on gerrymandering with Slay the Dragon. Also co-hosted by the Meaningful Movies Project.

ABOUT THE FILM: A secretive, high-tech gerrymandering initiative launched 10 years ago threatens to undermine our democracy. Slay the Dragon follows everyday people as they fight to make their votes matter.

Slay the Dragon is a 2019 documentary film about gerrymandering in the United States from Participant, directed by Barak Goodman and Chris Durrance. The film follows citizens' groups as they work to end the practice of gerrymandering, which they see as undermining democracy. It features Katie Fahey, the activist who founded Voters Not Politicians and led a successful grassroots campaign to ban partisan gerrymandering in Michigan.

This is a FREE event, but we encourage people to support your local theaters and purchase an online here: https://www.slaythedragonfilm.com/tickets/

Topic: Are We Coming Closer to Civil War? Join us from 5-6:30pm PT for a weekly discussion about our democracy.

Topic: Youth Involvement to Strengthen Democracy. Join us from 5-6:30pm PT for a weekly discussion about our democracy.