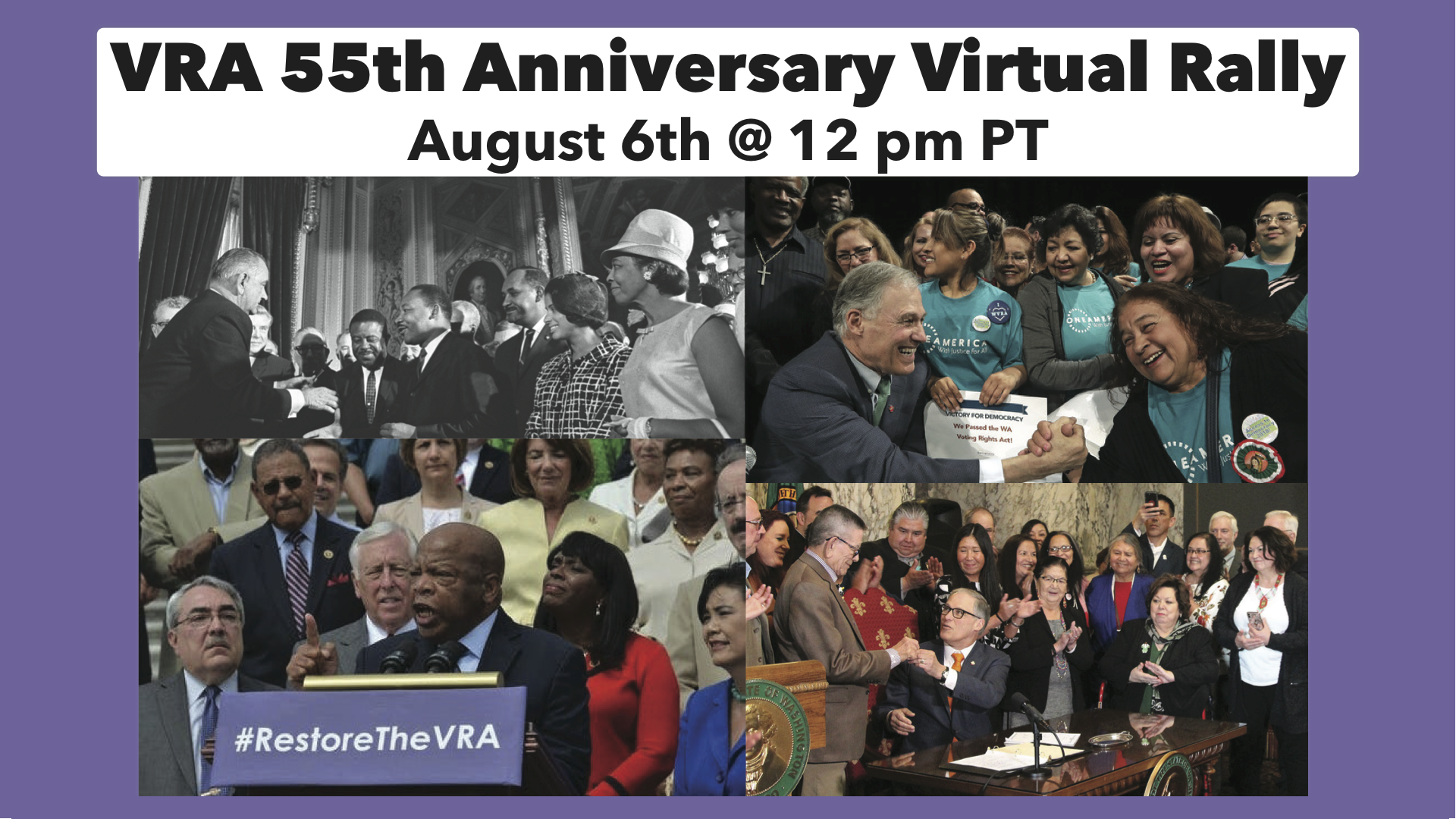 Join us for a special virtual rally on Thursday, August 6th for the 55th Anniversary of the Voting Rights Act of 1965 - Then & Now.

The passing of this act was a significant moment in voting rights history, improving access to voting for millions in the country, especially Black Americans. Today voting access is being threatened, and we need to defend and strengthen voting rights across the country.

Come hear from a variety of community groups and members working on voting rights in Washington State & beyond!

Speakers will include representatives from:

Unfortunately, there has been an increased concerted effort over the past several years to undermine voting access, including creating more barriers such as requiring ID, closing polling locations, purging voter rolls, and gerrymandering districts. And in 2013, the U.S. Supreme Court in a vote of 5-4, gutted the Voting Rights Act in Shelby County v Holder, basically stating it was outdated and no longer necessary.

We hope you can join us to find out how you can help with local and national efforts to #RestoreTheVRA and #ProtectOurVote!

Topic: Democracy & Climate Reform. Join us from 5-6:30pm PT for a weekly discussion about our democracy.

Topic: Local Reforms' Impact on National Policy. Join us from 5-6:30pm PT for a weekly discussion about our democracy.

Topic: Court Cases Impacting Democracy. Join us from 5-6:30pm PT for a weekly discussion about our democracy.