Donate $35 or more and receive a FREE copy of Tom Latkowski's new book!

With a donation of $35 or more to the Fix Democracy First Education fund, you will receive a copy of "Democracy Vouchers: How bringing money into politics can drive money out of politics" by Tom Latkowski.

The book will ship via USPS within 2-3 weeks after our online event on Sept. 9th, 2021. The event will be from 6-7pm PST and will be an opportunity to discuss the book with Tom Latkowski.

If you haven't already, register for this event today!

Use this form to complete your donation:

[DP5] Please consider becoming a sustaining donor with a membership

About the Book & Author 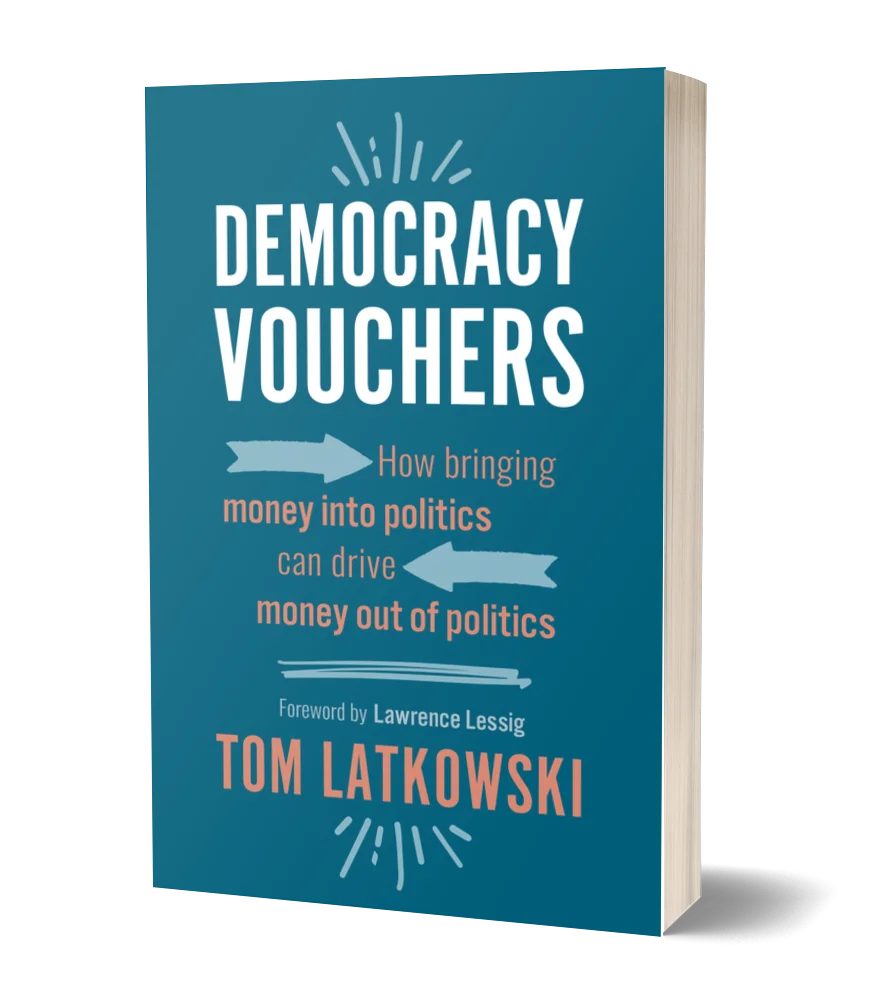 Democracy Vouchers: How bringing money into politics can drive money out of politics
‍By: Tom Latkowski

From city halls to the halls of Congress, big money dominates American politics. Despite widespread support for reform, even basic attempts to address the problem have been defeated. As a result, American politics has gotten stuck, with even popular reforms like raising the minimum wage, mitigating climate change, and preventing gun violence seeming impossible.

A bold new plan being piloted right now could provide a way forward. The idea is simple: The government gives everyone “democracy vouchers” that they can donate to candidates of their choice. If candidates opt-in, they can accept and redeem vouchers for public money to fund their campaign. In Democracy Vouchers, Tom Latkowski shares everything you need to know to start championing this transformative campaign finance system in your city and state.

Seattle is the first US jurisdiction to launch a democracy vouchers system. After a ballot initiative passed, a democracy vouchers system was implemented in Seattle’s 2017 and 2019 municipal elections. While big-dollar fundraising is still legal for candidates who opt-out of the voucher program, many problems that result from campaign finance have diminished in the last two elections. Donors are now more representative in terms of race, income, and age, and more evenly distributed throughout the city.

About the author:
Tom Latkowski is an expert on state and local campaign finance. As a policy organizer at the Democracy Policy Network, Latkowski authored a policy kit on city and state democracy voucher programs. An advocate for public financing, Latkowski is the co-founder of Los Angeles For Democracy Vouchers, an organization working to end mass exclusion from the campaign finance system in Los Angeles.

Thank you! Your submission has been received!
Oops! Something went wrong while submitting the form.
Join our mailing list
© Fix Democracy First | 2022