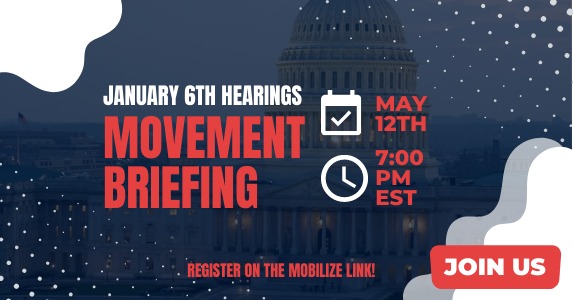 Trump and an extremist faction are waging an ongoing campaign to sabotage American elections and attack our freedom to vote.

They engaged in a criminal conspiracy that almost overturned the 2020 election and incited the violent attack on our country on January 6th.

Americans have to stop them.

Here's the good news: The House committee charged with investigating the January 6th attack is preparing for public hearings to expose the full scope of anti-democratic forces in this country.