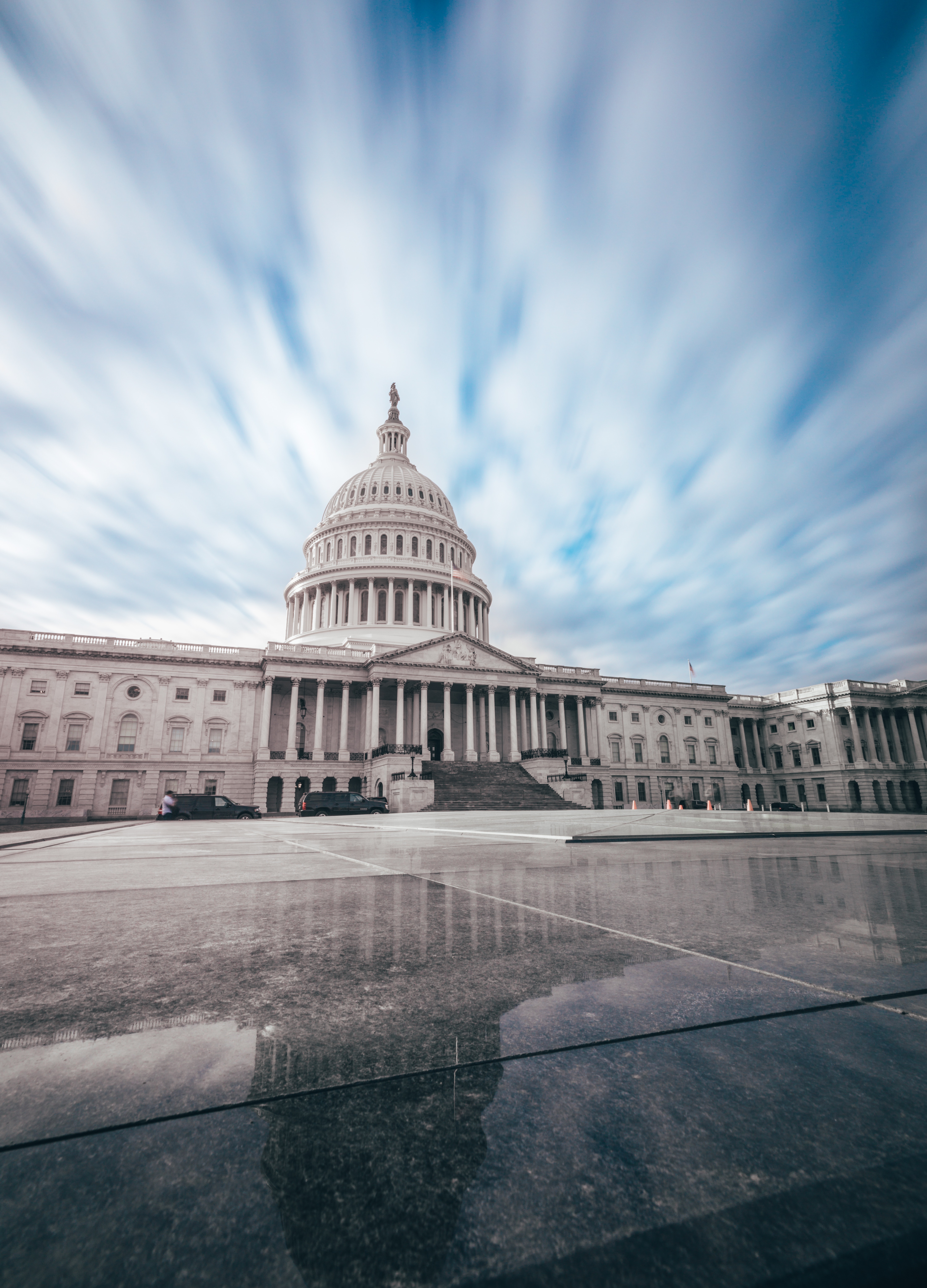 Objective studies show that our “democratic” government does not produce policies that reflect the will of the broad general public.  For a Democracy, this is the very definition of failure. To fix this we must understand what has happened and why.  With his signature candor and honesty, billionaire Warren Buffet summed it up as follows: “There is a class war in America and the rich are winning.”

Buffet is right.  Wealth is concentrated in the hands of a mindbogglingly small fraction of the population and this phenomenon is accelerating (Pikety book review).

How does a class war impact Democracy?  The issue is made clear in a quotation from Aristotle: “In a democracy the poor will have more power than the rich, because there are more of them, and the will of the majority is supreme.”  This was not lost on the founders of our country, themselves an elite of wealthy, white, male landowners.  Some were fearful that the “majority” might simply vote to take their property from them.  While the determination of who could vote was left up to individual states, it was largely white male landowners over the age of 21 who were allowed to vote and were guaranteed the other rights and privileges described in the Constitution. It is no accident that the word “democracy” does not, in fact, appear in any of the founding documents of our nation.

Over the 200 or so years that have passed since the adoption of  our Constitution, those who were initially excluded from the rights of personhood and accordingly the right to vote  gradually succeeded in amending the original Constitution to extend the constitutional rights of personhood to the majority of adult citizens.  And, yes, as the voting base expanded, the demands on government increasingly broadened to include addressing the concerns of citizens along the entire spectrum of wealth, color and gender. This broader base of voters demanded that their government address the excesses inherent in capitalism and redistribute some of the massively over concentrated wealth to mitigate the widespread poverty being experienced by the majority of citizens. In the 1930’s, New Deal programs such as Social Security and unemployment insurance as well as regulations restricting the power of financial institutions and corporations were adopted by a government increasingly obliged to serve all “the People,” not just the wealthy.  At its best, our system has only approximated a true Democracy.  But it has come close enough to impact the privileged status of the economic elite.

This has never set well with a certain group of the ultra-wealthy.   Corporations have been fighting to increase their power and their privileges as well.  In Democracy Journey # 7: “Corporations and Democracy,” you will/can learn how they gained the constitutional rights of personhood, and how they have vastly extended their rights while working  to return government to its former limited, laissez-faire status.  As Nancy MacLean points out in her book, “Democracy in Chains,”  the super-rich have come to see themselves as the victims upon which “interest groups,” such as labor unions and the elderly, prey by proposing government programs that are funded by progressive taxes.  A significant number of the ultra-wealthy would prefer a world similar to the USA in the late 1800’s, in which the sole role of government is the protection of their property rights and their “freedom” to pursue further wealth without regard for the impact on society in general or the environment.  Realizing, however, that the majority of citizens would never knowingly approve of this, they have set out to defeat genuine Democracy and replace it with a system that has all the trappings of a Democracy but can be controlled by a hidden oligarchy; a Democracy In Name Only (DINO) or what Sheldon Wolin calls Inverted Totalitarianism.

The overall plan for this conversion is outlined in the 1971 Powell Memo.  Briefly, it outlines a plan aimed at increasing the influence of big business on the United States’ government by putting more money into lobbying, funding election campaigns (especially judicial campaigns), underwriting “independent” think tanks that advocate unrestrained capitalism, reducing business taxes, eliminating regulations on businesses, and finally, by influencing the teaching of economics in universities to favor laisse faire capitalism and disparage other economic models. The plan has included flooding election campaigns with cash, much of it anonymously donated through Super PACS, and the development of extensive media resources extoling the privatization of government functions and deriding the notion that government might ever be a reasonable resource in coping with society’s problems.

This plan has been implemented with massive funding and has been wildly successful in shifting both political Parties to the right since the late 1970’s.  But this shift is not the final goal.  Specific policy changes such as the end of Social Security and the other “New Deal” programs and the repeal of regulations benefitting the general public at the expense of corporate profits are only part of the plan.  A well-funded mechanism  for authoring and disseminating pro-big-business legislation at the state level has been created.  But the crown jewel is a re-writing of the U.S. Constitution making it impossible to implement such “re-distribution” programs once they are eliminated.  Twenty-eight states have now formally requested an Article V convention for the purpose of amending the U.S. Constitution.  Only 6 more are needed.

Many citizens have lost faith in government and Democracy.  Having lost their sense of personal political power, they have either quit participating or have become willing to support the aggregation of power in the hands of a “strong leader” they hope will magnanimously represent their personal interests.  Many have become vulnerable to the appeal of demagogues.  This vulnerability, a regrettable part of human nature when confronted with overwhelming complexity and threat, can only be defeated by education and the elimination of myths and misunderstandings that have been promoted for cynical political advantage. These myths will be explored in “Democracy Journey #6:  The Myths that Blind Us.”

Help Fix Democracy First to re-empower rank and file citizens through education and the promotion of meaningful changes to the way we practice Democracy in America.

Next Democracy Journey: "#5 - Is Our Democracy in Chains?", detailing the problems and fixes for our ailing Democracy. 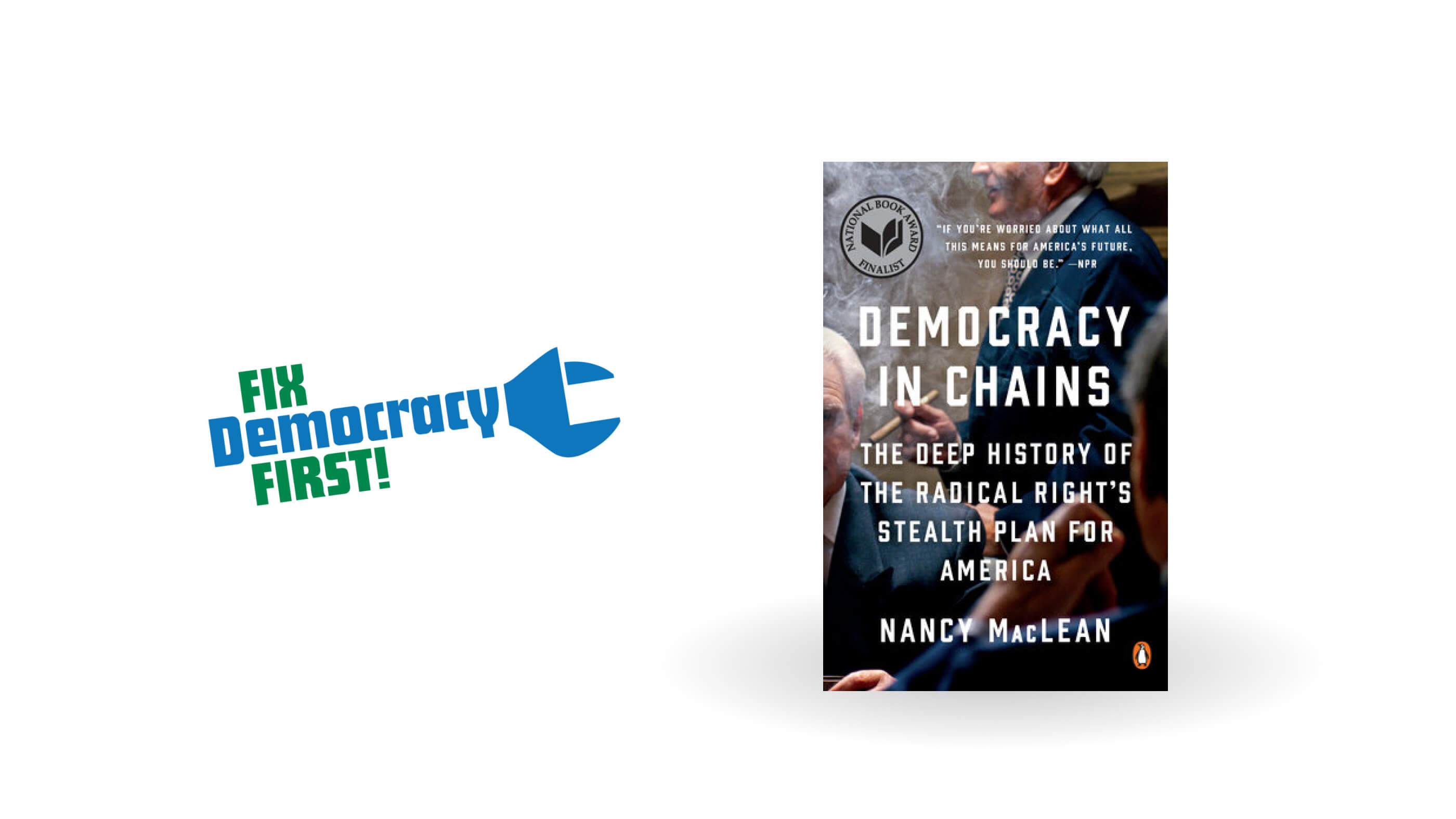 Books
Nancy MacLean Book Intro (Why We Are Here)

Our government is a union of all United States citizens. Everyone is a member. It is the way we organize to efficiently address problems that affect us all. 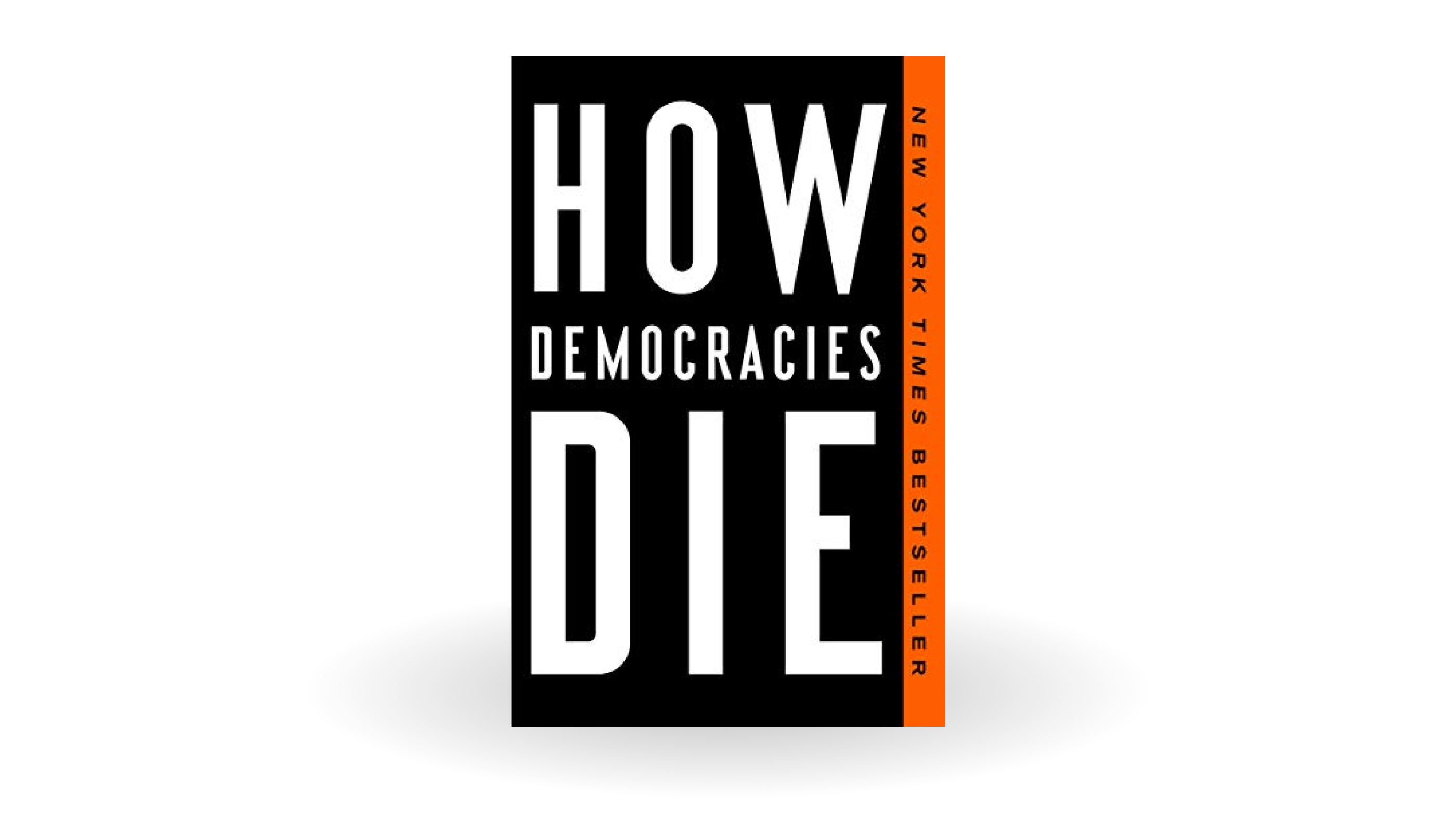 Written by Daniel Ziblatt and Steven Levitsky, this book shows how democracies die—and how ours can be saved.